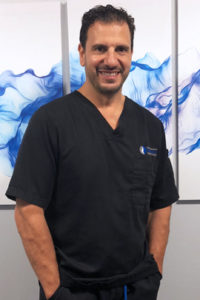 Since July 2001, Dr. Scolieri has been practicing urology in northeastern Ohio. He is board certified in urology and female pelvic medicine and reconstructive surgery. He currently sits on the Board of Directors for the Ohio Urological Association. He is a member of the American Urological Association, the American College of Surgeons, the Society of Urodynamics, Female Pelvic Medicine and Urogenital Reconstruction (SUFU), and the American Urogynecologic Society.